Enjoy stories from places you love and places you'd like to go.
1 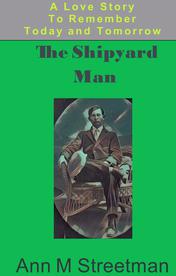 The late summer Sunday morning in 1905 appeared to be as boring as ever for Mary Johns Leonard until a stranger slid into the pew in front of her and her daughter Callie.
When the prayer ended, Mary stole a glance at the stranger before turning to the right page in the hymnal. She began to sing. The tenor voice of the stranger singing “Love Devine All Loves Excelling” was the most beautiful male voice she had ever heard. Could he be a professional singer passing through?
Mary’s eyes strayed to his broad shoulders more than once during the sermon. The collar on his shirt was clean, but frayed. Surely no traveling performer would have such a frayed collar. His straight black hair was clean but a bit too long at the nape of his neck. Working too hard to stop for a haircut?
The next day Mary looked up from the counter in her pappa’s general store to see the stranger. By the time he left, she knew he had grown up in Oregon where he worked at a sawmill and later helped build ships. A shipyard man. Clearly not like anyone she had ever known. A very interesting stranger.
Come along with Mary and Bill in their rocky journey of learning more about themselves and each other. This book does not easily fit into a neat category. Mary’s journey of self-discovery is Women’s Fiction. The love story of Mary and Bill is unmistakable Romance. It could be called Christian fiction since their faith is a significant part of their love story. Call it what you will and enjoy the journey of Mary and Bill.
Buy on Amazon